Posted on November 2, 2015 by racheltripp

Another quick post to highlight an interesting local event, this time the open day being held by the Quwwat-ul-Islam Mosque on Upton Lane.

You might remember that the mosque held an open morning as part of the Forest Gate arts trail in the summer. I went along and was treated to a tour of the premises, which are surprisingly big, and also arrestingly tranquil and peaceful, even though it’s right on the hustle and bustle of the main road. I was very struck by how friendly and welcoming Khalil Laher, the Imam there was, showing me around the various parts of the mosque and answering all my questions, and I was equally struck by the beauty of the tiled interior.

On Saturday November the 7th, the mosque is holding another open day, from 11am – 6pm. I would urge interested residents to go along and get a glimpse of this building. I admit I was almost a bit nervous before I went in during the summer; I suppose I was worried that I might be intruding in some way. But actually the warm welcome I received showed that the people at the mosque were delighted to show their building and explain some of their worship and faith. I loved not only the chance to see it, but also the feeling that I was sharing just a little in something that’s so important to many of my Forest Gate friends and neighbours. 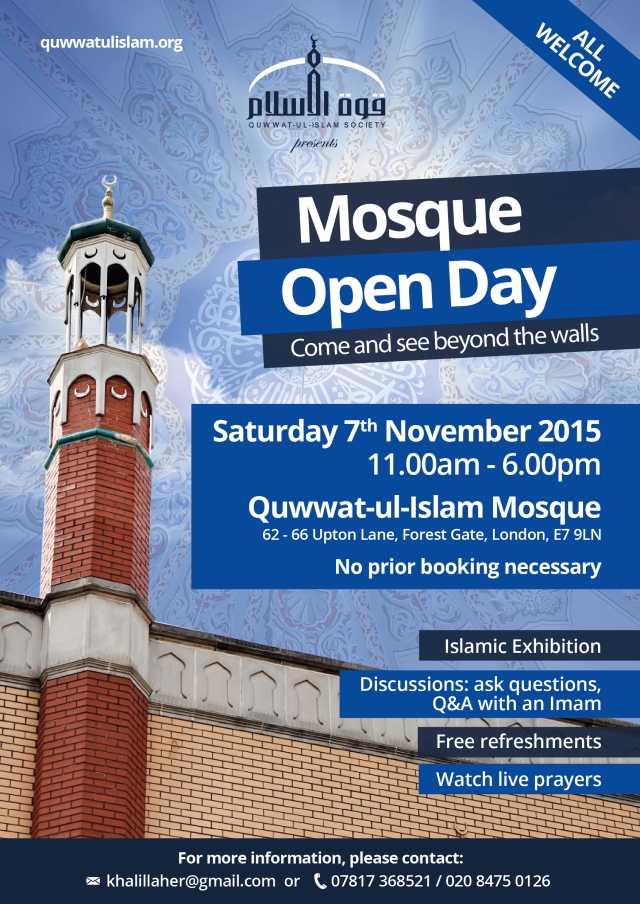